But you can’t see that success when you look at nominal GDP (cc Scott Sumner):

On the other hand, Australia has done very well: 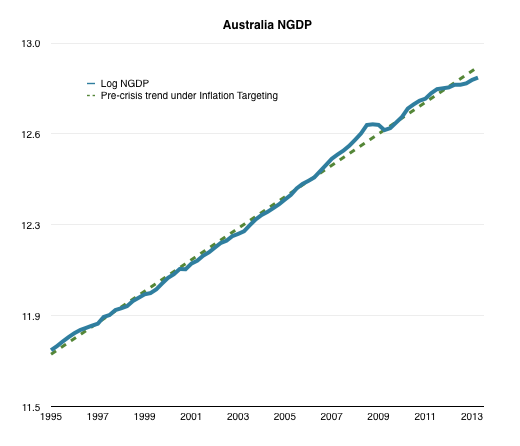 Australia hasn’t had a recession in 20 years. 20 years! But like Canada, Australia says it targets inflation, and certainly not nominal GDP. Yet Australia is faring much better.